Quilting for my Cuties

My little men both have a special quilt that I've made them. I took up sewing again while pregnant with Eli, so Eli's quilt was completed first [and done in a gender neutral theme since we didn't find out what we were having when pregnant with our little man] and then Darius' soon after when he asked,"where's my quilt Mama?" Not surprisingly, Darius' quilt came together REALLY quickly as I was needing to quell some major  mommy guilt. Now, baby girl is growing bigger every day, and her quilt is well under way! In fact, I made three quilt tops because I simply could not make a decision as to which pattern I wanted to use. True story. It's taken a few months [literally] but I now have three quilt tops, one of which is going to be baby girl's quilt, one is going to be turned into her car seat cover, and the third will most likely be a quilt sooner than later...just not right now ;) Are you curious? Here's some peeks at whats going on around the sewing machine these days! 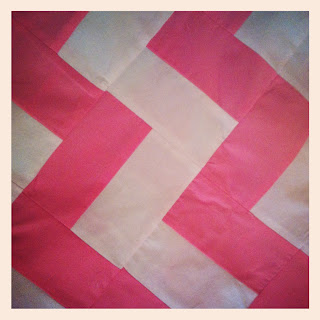 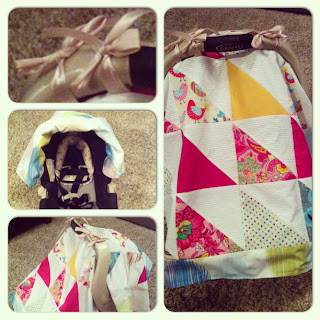 The quilt top turned car seat cover [or germ guard as one tutorial called it ha!] in all it's little girl glory! Completely with blush pink satin ribbon ties securing it to the car seat handle, this car seat cover will come in handy I'm sure! 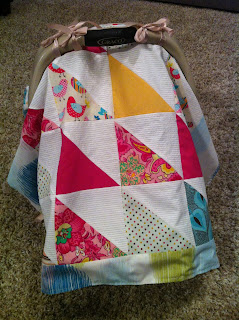 I'd love to hear your thoughts and have you contribute to the blog! Thanks for stopping by and reading :)